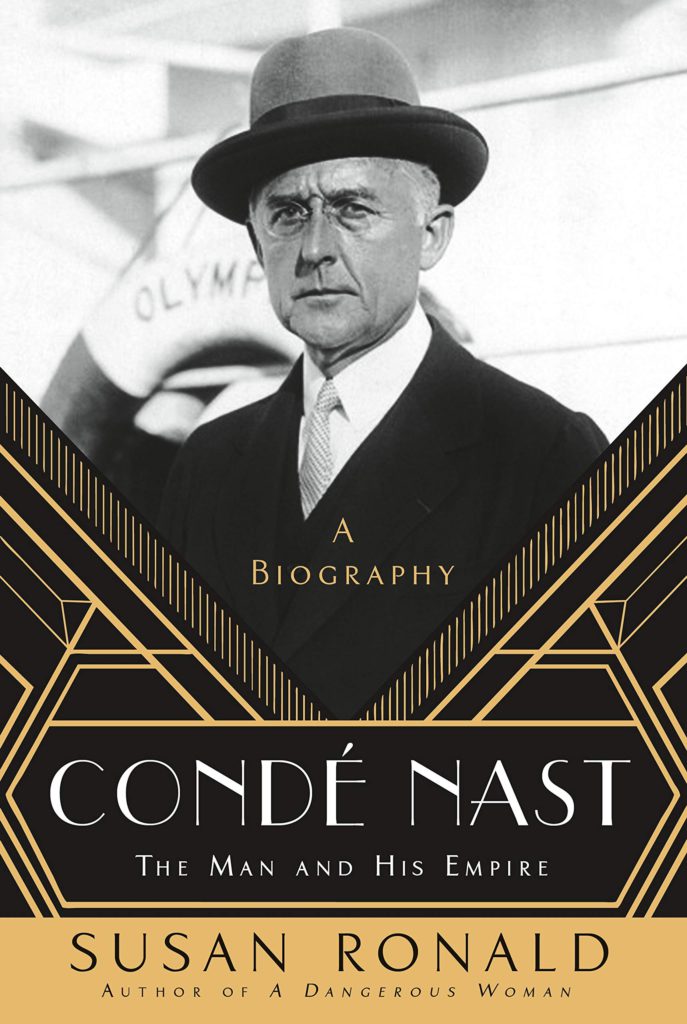 Condé Nast - The Man and His Empire

The first biography in over thirty years of Condé Nast, the man who founded the glittering publishing empire that bears his name, creator of Vogue and Vanity Fair, and the main magazine rival to William Randolph Hearst.

Born in 1873 in New York to a father addicted to “get-rich-quick” schemes that would make him abandon the family for thirteen years and impoverish his mother, Condé Nast grew up in St. Louis, Missouri. With just the shirt on his back and the steady friendship of one college friend, he became the highest paid executive in the United States while working for Collier’s Weekly, never forgetting his roots, his mother and sisters.

A  shy, good looking  man with a burning vision, Condé Nast acquired Vogue in 1909.  He believed in quality before quantity in everything. Most unusually, it was sheer talent—irrespective of fame, race, colour, sexual orientation, or creed—that determined if you were fit to work for Vogue or Vanity Fair. Together with his editors, Edna Woolman Chase at Vogue and everyone’s favorite raconteur, Frank Crowninshield at Vanity Fair, they built the first-ever international magazine empire introducing European modern art, style, and fashions to an American audience, and the American “can-do” attitude to Europe.

ADVANCED PRAISE FOR CONDÉ NAST—THE MAN AND HIS EMPIRE—A BIOGRAPHY:
“With her breezy, gossipy stye, Ronald brings to life the story of the influential American publisher and his magazines.”
—The Library Journal
“[Ronald] does an exceptional job of integrating the story of Nast’s personal fortunes and misfortunes and the lives of those he sought to refine and educate.”
—Booklist
“Ronald writes in a vivid, sparkling, amused style… and revels in the era’s repartee, clothes, and gossip. … her evocation of the vibrant scene [around Nast] will keep readers entertained.”
—Publisher’s Weekly
“Thoroughly researched…. A highly flattering biography of an important American figure in publishing.”
—Kirkus