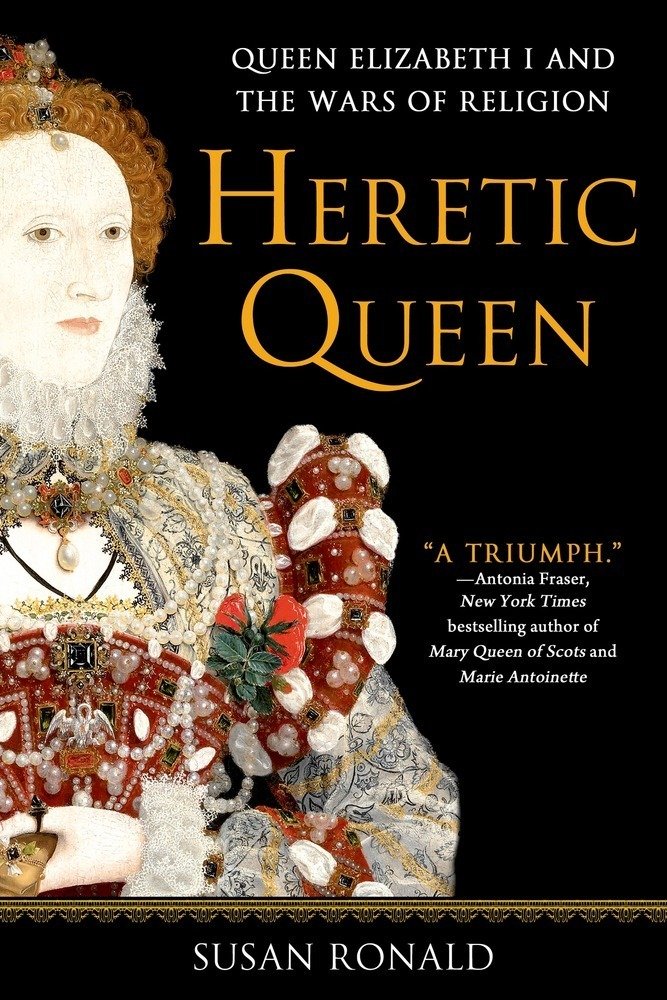 Elizabeth’s 1558 coronation procession was met with an extravagant outpouring of love. Only twenty-five years old, the young queen saw herself as their Protestant saviour, aiming to provide the nation with new hope, prosperity, and independence from the foreign influence that had plagued her sister Mary’s reign. Given the scars of the Reformation, Elizabeth would need all of the powers of diplomacy and tact she could summon.

Extravagant, witty, and hot-tempered, Elizabeth was the ultimate tyrant. Yet at the outset, in religious matters, she was unfathomably tolerant for her day. “There is only one Christ, Jesus, one faith,” Elizabeth once proclaimed. “All else is a dispute over trifles.” Heretic Queen is the highly personal, untold story of how Queen Elizabeth I secured the future of England as a world power. Susan Ronald paints the queen as a complex character whose apparent indecision was really a political tool that she wielded with great aplomb.

”This is a compulsive, engaging, and vivid history . . . The drama of the English Reformation comes alive.” –Alison Weir, New York Times bestselling author

”A searing account of the dark underside of the Elizabethan golden age. Susan Ronald has written a devastating and important reminder of the long, hard road from religious strife to accommodation.”–Amanda Foreman, New York Timesbestselling author of The World on Fire and The Duchess

”Ronald deftly pulls together a vast amount of historical research into a compelling narrative that’s essential reading for anyone interested in the strife-torn world in which this most fascinating queen used both wits and diplomacy to safeguard her kingdom, despite almost insurmountable odds.” —Publishers Weekly (starred review)

”Moving from adventures on the high seas to the wars of religion that plagued sixteenth-century England, Ronald serves up a worthy sequel to The Pirate Queen . . . Meaty history wrapped in a palatable biographical format.” —Booklist

”An illuminating portrait of the twenty-five-year-old woman who led England through religious and political crises with diplomacy, vision and pure force of will.” —Kirkus Reviews